Rivet & Smith (on page 46) discussed the names of Roman provinces in Britain in a single paragraph, which cuts through some confusion well and is therefore reproduced here almost verbatim:


Herodian (iii, 8) states that Severus divided Britain into two provinces and, whatever the precise date of the division, their names Britannia Superior (administered from London) and Britannia Inferior (administered from York) are given by Cassius Dio (lv, 23, 2) and confirmed by inscriptions.  The later Diocletianic division into four provinces – Britannia Prima (with capital at Cirencester), Britannia Secunda (York? or Lincoln?), Maxima Caesariensis (London), and Flavia Caesariensis (Lincoln? or York?) – is first reflected in the Verona List (Nomina Provinciarum Omnium) of AD 312-314, and the names are repeated in the Breviarium of Festus. The naming of the fifth province, Valentia, is recorded by Ammianus as occurring after Theodosius's campaign of AD 368, and the name recurs in the Notitia Dignitatum and, as Valentiniana, in Polemius Silvius.  The most widely held view is that it was formed by a further subdivision of the most northerly province (Britannia Secunda or Flavia) and was administered from Carlisle; or that the governor of Valentia, as a consularis, ruled from York and Carlisle, became the capital of a reduced province of Flavia or Secunda. 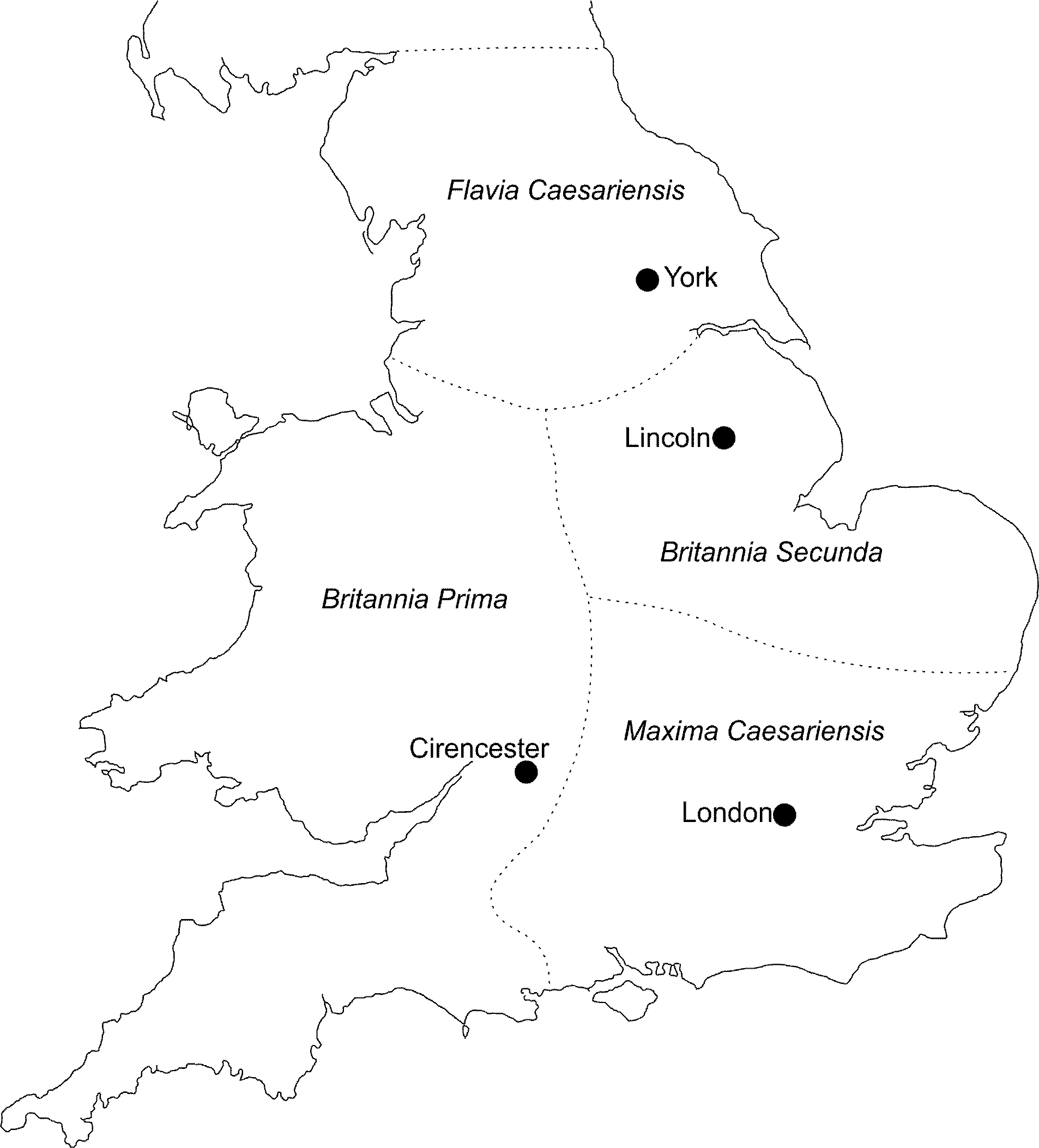 This map is based on Mann (1998), who explained how the Caesariensis names probably came from the two men who ranked as Caesars in AD 297, Galerius and Constantius I.  So the province around London was first called Galeria Constantia, but later renamed to Maxima Constantia in honour of Maximus, the title assumed by the emperor Constantine in AD 311.  Similarly, the name Valentia probably came from the emperor Valens.  Several other places around the Empire acquired names in honour of Roman emperors, but Valentia island off Ireland is a modern name.